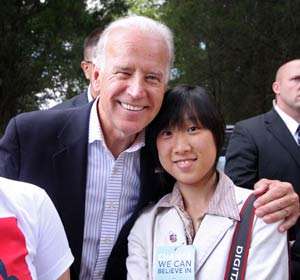 Shantou University sent seven students to the US to do reports on the Pesidential eletion for three months. They set off from Shantou in the mid-August, and returned on Nov.13th.

Supported by Li Ka Shi Foundation and Shantou University, the seven lucky dogs were chosen to report the US presidential election. Most of them have never been to the US and had a tough but fruitful journey there. During the journey, they visited over ten cities and districts, and interviewed people of different races and identities, from the ordinary people to the government officials. Mainly they did the special reports about the two partys’ conventions, the campain activities and the financial crisis. Two of them were even fortunate to have an face-to-face interview with the vice president-elect Joe Bidden.

election presidential reporting the US