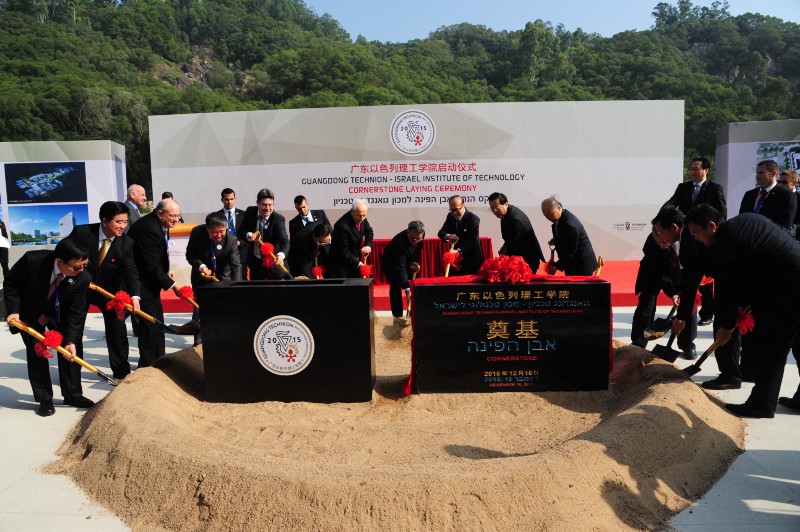 The Guangdong-Technion cornerstone laying ceremony and a forum on the future of education took place at Shantou University on Wednesday at the construction site of the new institution and at the newly opened Shantou University Sports Park.

Former Prime Minister of Israel Shimon Peres, STU billionaire benefactor Li Ka Shing, Technion administrators and local and provincial officials gathered for the ceremony. Li, Peres, and many of the Technion guests expressed a similar vision for the new university and its potential effect on the region: They emphasized the power of science to innovate, to overcome political differences, and to provide for future generations.

Israeli administrators and Chinese officials connected to the event talked about their hopes for a “Silicon Valley of south China” based around Guangdong-Technion. The new university is part of a larger plan to transform Tuopu and the northwest area of Shantou into one with a significant Israeli presence: a larger Technion site is planned across Daxue Lu, and creative and industrial parks are planned near that site. An “Israel Town” is also planned for Israeli faculty and families to live in, and as a tourist destination, the “exotic and Western lifestyle” of which “will make Chinese people feel like being in a foreign country,” according to a Longhu district government website. At the end of the morning’s ceremony, Shantou and Haifa — Technion-Israel’s home city — officials signed a twin city agreement and a number of business deals. 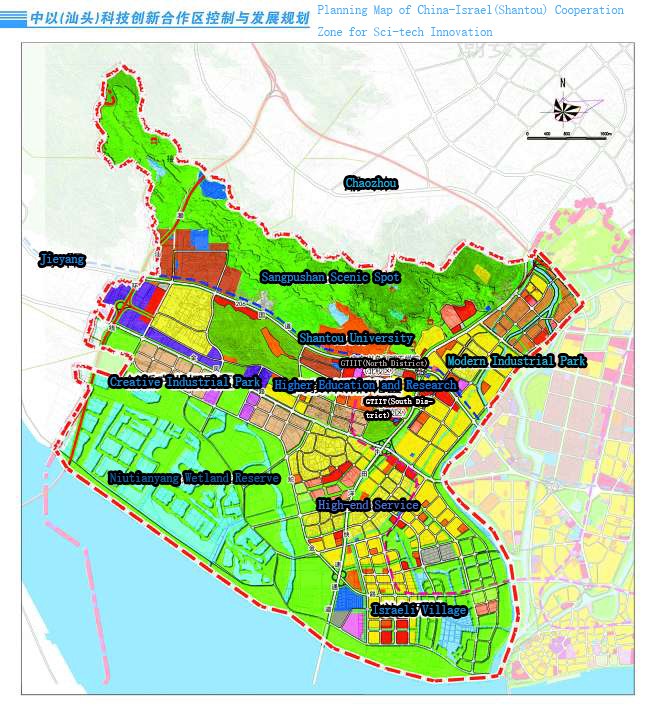 One of the first speakers at the ceremony, Technion-Israel’s President Peretz Lavie, said he was honored to lay the cornerstone of Guangdong-Technion, an institution “born of a partnership between two great and ancient nations; inspired by the noble pursuit of knowledge, wisdom and discovery; dedicated to education, research and innovation; established for the benefit of the people of China, Israel and all humanity.”

Former Prime Minister Peres, Li Ka Shing, and Hu Chunhua, party secretary of Guangdong province, then put a time capsule in the Technion cornerstone. They placed a scroll, with images of Shantou University with a completed Technion, and the contents of Lavie’s speech, and a small drone — included to represent the technology of the time and because of Li’s personal interest in drones — into the capsule. No specific time for opening the capsule has been set, according to Yu Shanyan, the minister of the Propaganda Department of Shantou University.

Fifteen Chinese officials and Israeli administrators — including the 87-year-old Li and the 92-year-old Peres — then picked up shovels and threw dirt on the base of the cornerstone, symbolizing the start of Technion’s construction. 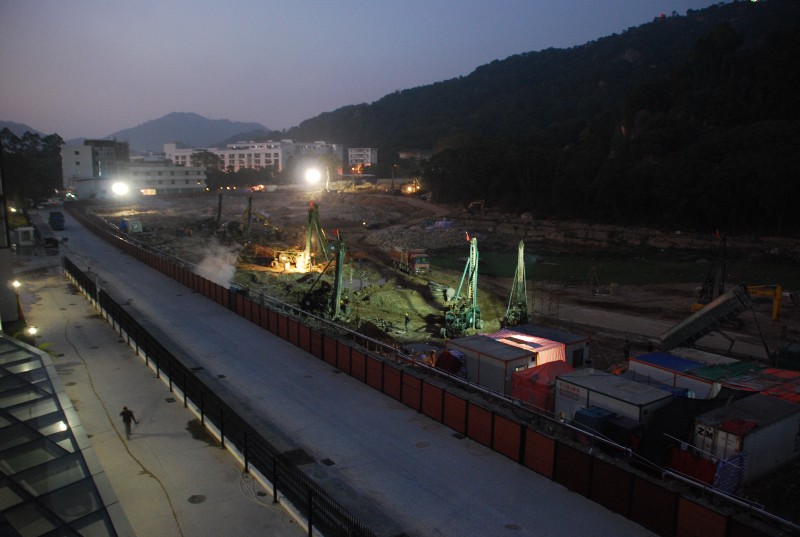 While construction of the new facility may take several years, according to planners, Technion faculty, students and classes will begin in fall of 2016, the institution’s new leader, Li Jiange, said, with 200 students; Technion’s language of instruction will be English. Aaron Ciechanover, the Israeli vice-chancellor of Guangdong-Technion, said that two majors will be available for those students, chemical engineering and bio-ecology; the next majors after these will be material and environmental science. Classes will be held at STU’s former administration building, which finished renovations in June of 2015 to provide Technion a temporary space. That building is able to accommodate 400 students, until the new university’s facilities are ready.

After that, majors will be added each year, and by 2025, three departments offering ten majors in total will be recruiting students, according to the Guangdong-Technion website.The final enrollment will be 5,060, including 4,060 undergraduates and 1,000 postgraduates, the same document said. Construction on the larger “southern” Guangdong-Technion site across Daxue Lu will begin in July 2016 and finish in 2017, according to the Southcn.net.

As officials and guests entered Shantou University Sports Park arena from the cornerstone ceremony, a video graphic of a golden phoenix took flight at the center stage screen, from forested green video hills. It circuited the 360 degree screen surrounding the top of the auditorium. As it flew, historical and modern images of Shantou and the Chaoshan region appeared in its wake. It finished its flight on center screen again — though this time, the hills had been transformed into an image of a completed Guangdong Techion. 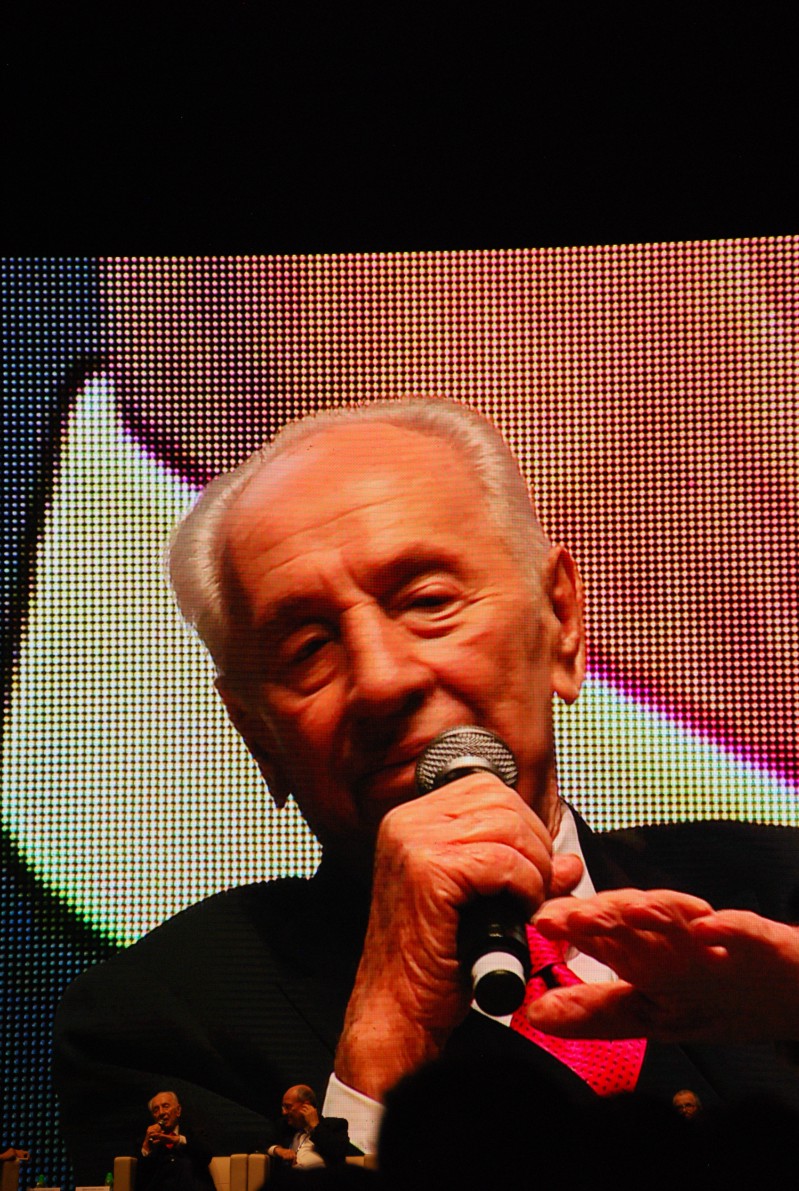 Speakers, including Peres, Li, Chinese officials, and Israeli-Technion administrators, then took the stage one by one. They all spoke of the significance of the new university, and the power of science, technology, and education. Ofir Akunis, Israel’s Minister of Science, Technology and Space, called the building of Technion, “a milestone, and the biggest one in the history of China-Israel relations.”

Peres, a 1994 Nobel Peace Prize winner for efforts at peace between Palestine and Israel, said the world was leaving an “age of territory,” in which one tried to gain land and money to create wealth, and entering a more advanced stage — one in which it was possible to gain through mutual benefit.

“We are entering a new age, the age of science,” Peres said, where “you can become strong without making anybody weaker.”

Violence and conflict continues in the world, Peres said, because of mankind’s inability to completely leave behind the ideas of “the age of territory.”

In a forum later in the day, Peres expressed a similar idea, but one that combined Israel’s long history with its desire for innovation.

“Moses had the first start-up,” he said. “Don’t be a prisoner to the old way of doing things.”

Ciechanover, Guangdong-Technion’s vice chancellor, told an anecdote intended to display the power of science to transcend political differences: He’d met an Iranian scientist at a conference who had taken a package of a cancer treatment drug out and said “We use this everywhere in Iran.” The drug had been developed and produced in Israel. 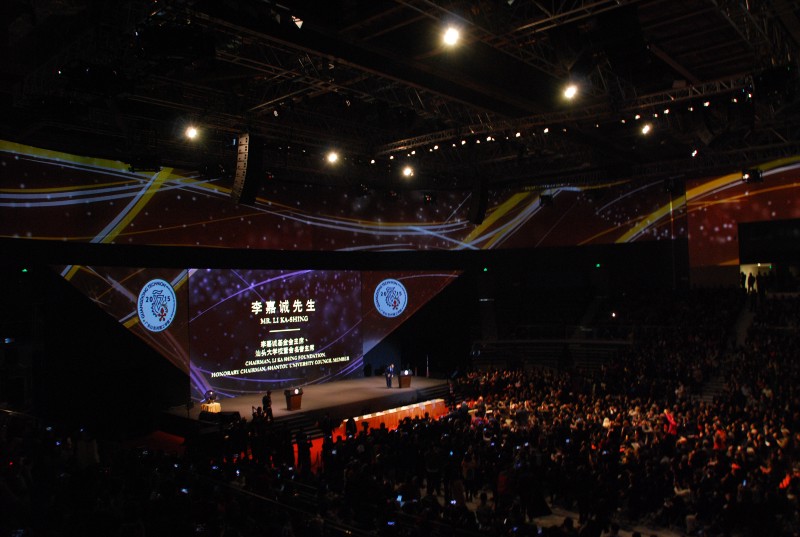 While polite applause from the crowd greeted each speaker, the crowd roared when Li Ka Shing, constantly wearing an enthusiastic grin, took the stage, to a student orchestra playing the overture theme song from “Star Wars.” Li spoke in an almost poetic fashion about his commitment to Shantou University.

“When I am weary and feeling worn, when I am gloomy and feeling torn, I think of Shantou University; herein lies my heart — forever sealed and cast in its halls of learning,” Li said. “This barren land has become a field of dreams.”

Li went on to speak of the hurdles that had to be overcome in undertaking new ventures in a system beset with them.

“Driving reforms in education through a dense forest of ideology could be a most harrowing and lonesome venture — toiling through thick and thin. But out of difficulties grew miracles — and this is an awesome one,” he said.

At the end of the ceremony, six people, comprised of Guangdong province and Shantou city officials, Israeli-Technion administators, and former foreign affairs minister of China Li Zhaoxing put their hands on a “launching ball” — a ball of ceramic or glass commonly used at the start of new businesses or enterprises in China — to launch the “China-Israel Cooperation Zone for Scitech Innovation in Shantou,” the official name for Guangdong-Technion and all its related elements. 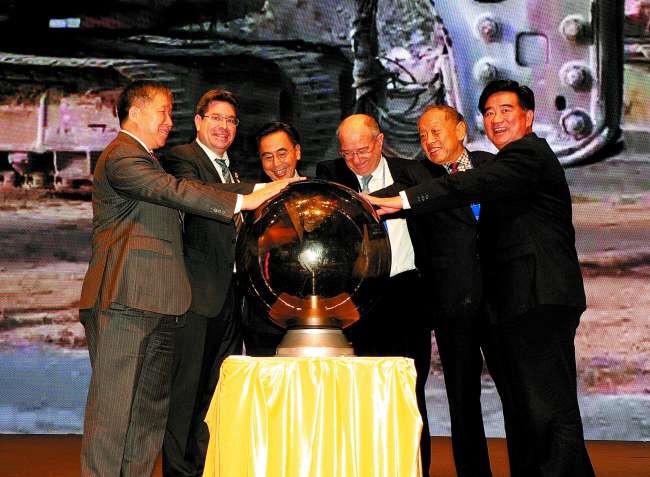 Unlike more traditional launching balls, however, when the officials put their hands on this one, it lit up internally in a high-tech display, and revealed a word to signify the undertaking of the enterprise: “Inauguration,” it read.