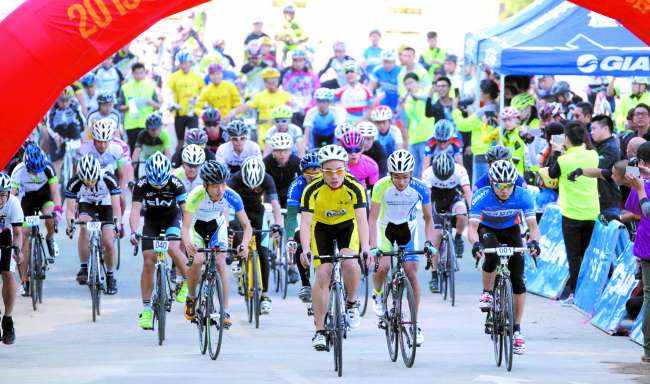 A hundred bicyclists launched the first race along the coastal roads of Nan’ao Island on Sunday, Oct. 5, to promote the area’s tourism, according to Shantou City News.
After the opening ceremony of a synchronized bicycle performance, 100 riders set off from Qing’ao Bay and headed for the finishing line at the Mazu Temple in Shen’ao. They covered a distance of 13 kilometers along the Coast Road. Some riders stopped half way to rest and enjoy the sea scenery, and catch up with the rest of the group soon later.
This activity was organized by Nan’ao government and and the Students In Free Enterprise (SIFE) group from Shantou University. Another bicycle competition on Nan’ao Island will be held on December 13th.
Source: Shantou City News