It’s 3:30am, Li Zebin, a fisherman in Haimen Bay, gets up and looks at the sky. Shining stars and a gentle breeze indicate that it will be a good day for fishing. But the bad smell in the air is a bad sign. He drives his little boat among water lettuces, the symbolic plant of contaminated water. In the dim light of his hand-held lamp, he can’t even see the edge of these plants. 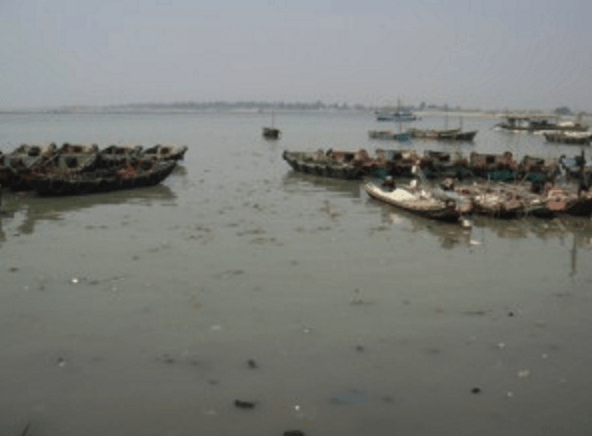 It will be a two-hour’s trip to the fishing area. Actually, it has become impossible for him to catch any sea food in the bay near Shantou. Severely polluted water has driven all fish stocks into sea area far away. Even shrimp that feed on waste can’t live in a two-mile radius from the shore.

Haimen Bay in Shantou, which connects to South China Sea, has been ranked as one of the top national fishing bays of China and the third biggest fishery in Guangdong province. More than 20 thousand people live on fishing and marine aquaculture here. And the famous abalone culture bases offer some of the most expensive sea food to all over the country. According to the plan of Shantou government, it will be the national key fishing harbor in 2010.

However, sewage and industrial waste from the Lian River has put this bay into danger.

“We will face the dilemma that  we are building a national key fishing bay but there are no fish in it,” said Dong Jialan, a representative of People’s Congress in a recent political meeting in Shantou. “The toxic water of Lian River has seriously destroyed the marine recourses and environment of Haimen Bay.”

The Lian River ranks a number five on the pollution scale, the most polluted rank according to national standards of water quality. The river has no creatures, no self cleaning capacity, and can not be used either for domestic water supply or irrigation. According to the report of ocean environment quality from Shantou Government in 2007, Haimen Bay is the most polluted body of water in Shantou. 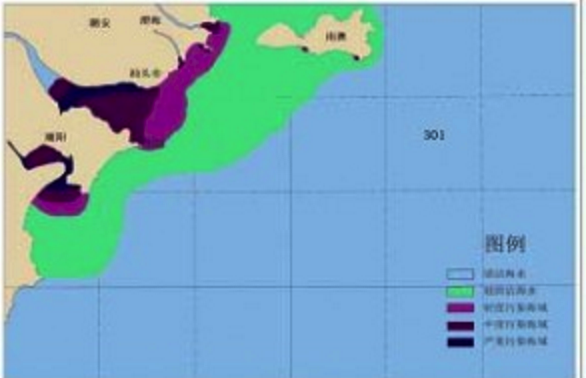 As the main pollution source of Haimen fishing harbor, Lian River began to have a water quality problem in the 1990s. Hundreds of township enterprises and family factories discharge the wastewater without any treatment into river channel. And the main industries in Lian River’s basin are regarded to be the most polluting ones, such as printing and dyeing industry, electronic waste disassembly industry and pharmaceuticals industry. But booming factories are eager to have more labor. Consequently, more people produce more untreated sewage that pours directly into the river. 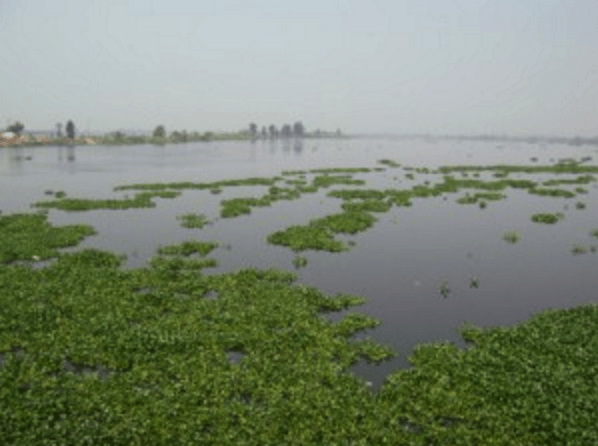 Garbage and sewage of Haimen town also pour into the sea directly. Tons of garbage carpet the sea wall with a pungent smell. Yellow, green or black water gush out from more than 20 draining exits on the sea wall.

Once it rains, Haimen Brake, which controls the flow of water from the Lian River into the bay, will open. The water of the Lian River changes the color of water in the bay from yellow-green to black immediately. Water lettuce fills the surface of the gulf. All marine lives die in one day.

Even on this sunny day, Li has to drive his little boat for more than one hour to catch Bombay ducks – a kind of lizardfish – and shrimps. He puts down his fishnet with more than 2 kilometers length and waits for 6 hours to drag it up. Around his boat, nearly 100 fishing boats are waiting.

“Today is not bad,” Li said and picked up all fishes and shrimps carefully. Only veteran fishermen can find the small sea food from the huge net. The picking-up work takes three hours. Catches are sold to fish mongers on the price of 0.2 yuan per kilogram for Bombay ducks and 1.5 yuan per kilogram for shrimps. In this “not bad day”, Li get two baskets of fishes and half basket of shrimps.

People working on bigger fishing boats are also having a difficult time due to the pollution of Haimen Bay. They have to drive one day to the deep ocean compared with eight hours ten year ago. In recent years, some ships even go to ocean area near Taiwan. Ships stay at sea for one week or a-half of a month. If they have to come back earlier due to bad weather, the cost of oil will take most or all of the money that they’ve earned from fishing.

“I began to fish in the small boat when I was 12 years old and became the youngest captain on big boat at sixteen,” said Zheng Qingzhou, a 56 year old man, “Now I have gone back to my small boat and will stay till I die.”

Zheng sold his big boat ten years ago because it is too risky to fish far away from the bay. Traditional wooden boats can’t survive any storms in deep ocean area. And with the decline of fishery resources in China’s waters, more and more fully mechanized fishing vessels from Fujian province have joined the groups of long- rang fishing boats. There have been more than 100 ships from Fujian province called at Haimen for resupply since 2006. More advanced guide system helps them to fish on foggy days, which makes the competition with local fishermen more intense.

“Half of the local big ships don’t go out anymore,”

During the months after April, the pollution situation gets worse due to weather changes and fishing rules. Rainy season comes followed by the fishing ban period, which lasts from July to August. Even in early March, rumors had spread among residents. They believed that the coming fishing stop period would start a-half of month ahead of schedule.

The Fishing Management Office in Haimen confirmed this rumor and professed that the governments would issue subsidies like before. According to the office, the compensation of last year was 800 yuan and 10 to 25 kilograms of rice and a bottle of cooking oil for each boat in fishing ban period. But fishermen here never received or heard of any subsidies.

With worsening pollution affecting the financial situation of fishermen, the relationship between local government and fishermen has become tense. On the 23rd of March, nearly 400 petitioners demanded fuel that had been promised by central government.Again, they didn’t get any reply.

Fishing will stop early this year. But pollution won’t. Continuous raining makes more sewage and rubbish from Lian River pour into sea farming bases in Haimen Bay. Fishes in their mating season die in a large groups during rainy season.

“More than 40 families lost nearly 10 million Yuan because of the death of fish during past few years,”said Dong Jialan, referring to fish farming families. As a representative of Shantou, she has paid attention to the pollution in Haimen Bay for more than 10 years and has often discussed the serious situation with local government.

She received promises and a plan in 2006 to solve the pollution problems, but is still waiting for the promised money and acts that would make the plan real. She suggested opening the Haimen gate to speed the water flow. Faster water flow will help the river to recover its self-clean capacity.

But the younger generation of Haimen can’t wait. All of them went out to work, left the traditional fishing skills and lives behind.

“There will not be fishermen after people in my generation die,”said Zheng Qingzhou.