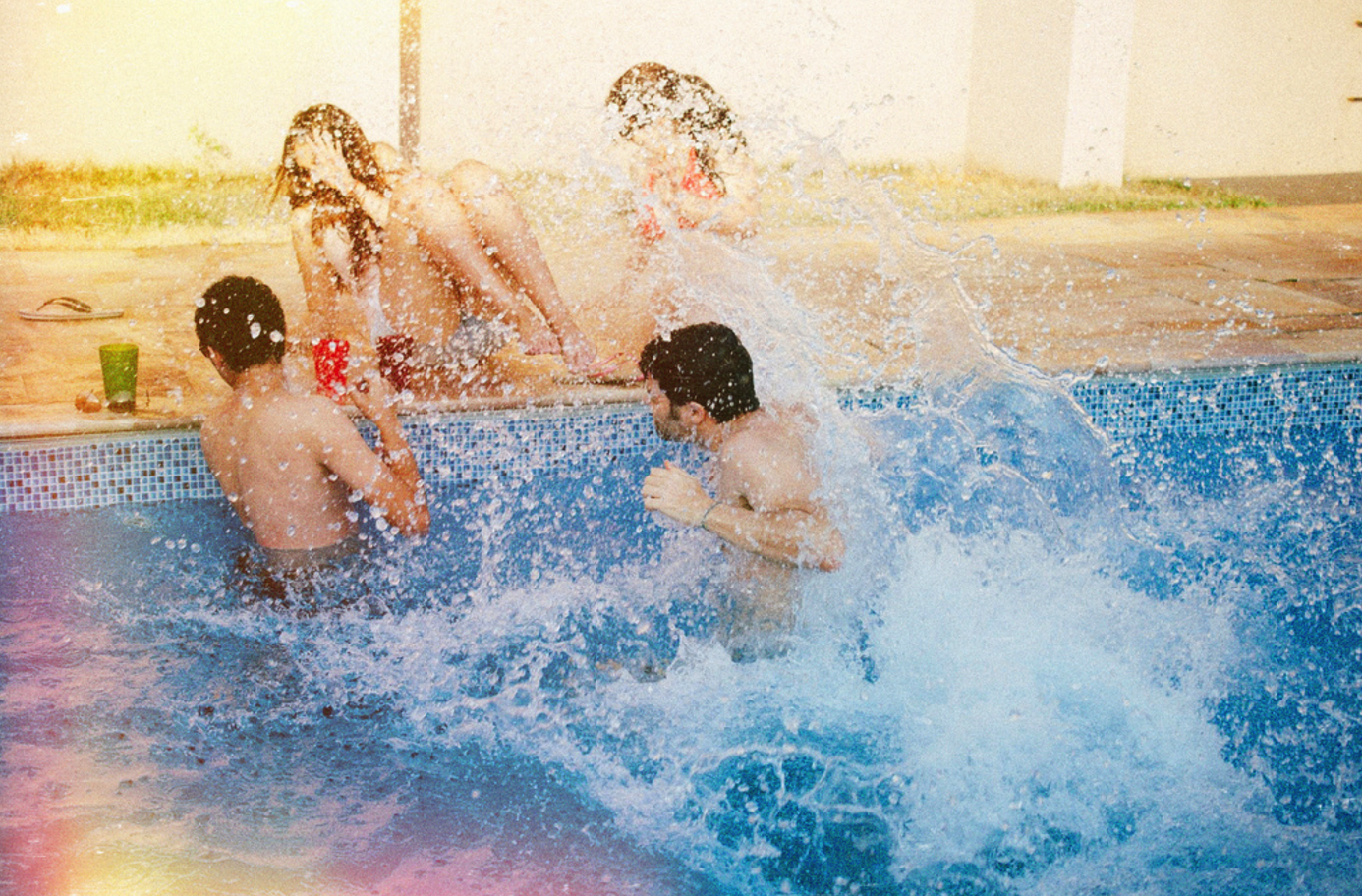 The sun shines brightly and light twinkles on the surface of the swimming pool. Everything looks peaceful and quiet. Suddenly, the calm is broken by the sound of people flapping and splashing water. Despite the March cold, even the weather does not prevent people from swimming.

“People in Shantou like swimming very much,” said Yang Qingwei, who is in charge of the operation of Zhongshan Park, where there is also a swimming pool. “More than 1,000 people came to our swimming pool in a day in summer.”

As there are so many people, the quality of the water has become a topic of public concern.

“We adopt the cycle of water purification devices, which works about 15 hours every day in summer, and six hours every two days in winter,” said Zeng Yonghua, 35, the manager of the swimming pool in Zhongshan Park. “We usually change the entire water once a year.”

There are 80 swimming pools in total in Shantou among the hotels, schools and residential areas, according to Zhang Biaoming, the Chief of Policies and Regulations of Sports Board.

The swimming pool in Zhongshan Park is one of the most famous swimming pools in Shantou. “Most of our customers are families, they train their children to learn swimming here,” Yang said.

There are two inlets and five outlets in the swimming pool in Zhongshan Park, and the latter is much bigger than the former. All the water entering into the pool has already been disinfected with Sodium Hypochlorite, which can protect people from the E. coli, a kind of bacterium which is harmful to the body when its content is more than 0.3mg per liter to 0.5 mg per liter.

Zeng emphasized that Sodium Hypochlorite should be liquid rather than powder, as liquid can more easily evaporate. Every time they have to get a certificate of quality from the Health Inspection and Supervision Centre, in order to buy the chemicals from the factory.

The swimming pool managers have an official record book from the quarantine station to keep track of the amounts of chemical agents poured into the pool.

“When the officials from the Health Inspection and Supervision Centre came, we showed the tally book to them,” Zeng said. “The inspectors often take a liter of water from the pool and add a special pill into it. And then the water becomesÂ  colored. They compare the color to the standard color on a kind of special test paper.”

“We only are in charge of public swimming pools and go there irregularly. But we haven’t found any that have problems with the water,” said Zhang, the person in charge of inspecting pools.

The cycle of water purification devices functions well, but is also expensive. “It will take about 600 RMB if it works for ten hours continuously, and each time it will lose 10% of water during the process of backwashing and sewage disposal,” Zeng added.

However, because of its high equipment cost and large power consumption, it has only been used in the international competition swimming pool or a number of high-grade water parks. Even as the only national diving training base in Shantou, the swimming pool on the Haibin Road around the People’s Square still uses Sodium Hypochlorite for disinfection.

“But the water here is blue while it’s green in most of ordinary swimming pools, as we used Copper Sulfate to limit the growth of phytoplankton,” said Ma Liguang, the leader of Shantou Diving Team.

Apart from this, another kind of advanced equipment plays an important role in the water purification in the diving pool. It’s called preparatory pool which has a corresponding water level with the diving pool. When the latter doesn’t have enough water, the former will flow into it automatically. “In this way, we don’t have to empty the pool to infuse new water,” Ma said.