With hundreds of flags flapping on the both sides of Xidi Road, cars and motorcycles parked in front of four brick walls scrawled with 1,8,6,0 on each wall: After nearly 11 months of construction, the first cultural creative park in eastern Guangdong — Shantou 1860 Creative Park — opened to the public on 12 Oct.

The opening ceremony of the park was accompanied by the first cultural creative festival in eastern Guangdong, its theme being “潮文化·创意潮”, referring to both “Chaoshan culture” and “wave of creativity.” (潮 can represent both “Chaoshan” and “tendency” or “wave” in Chinese.) “1860” refers to the year that Shantou and a number of other ports around China were forcibly opened to foreign trade following the Second Opium War. 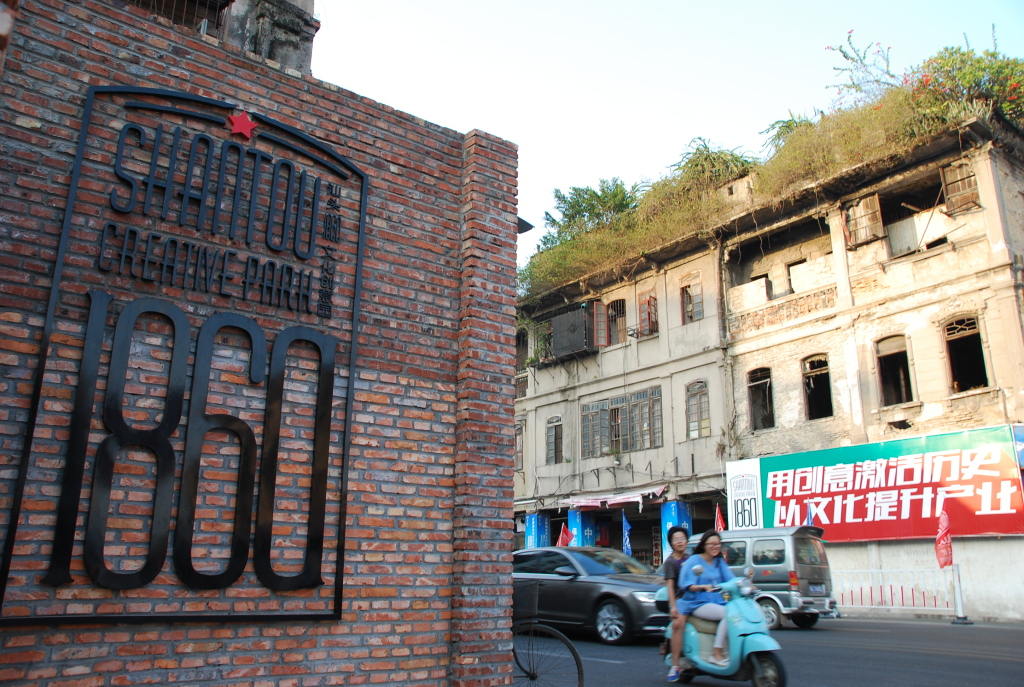 Creative Park 1860 is located on the edge of Xiao Gongyuan, the Little Park, Shantou’s old historical section, and near Haibin Lu, Shantou’s harbor-side road, which is also currently under construction to create a revitalized seaside area and marina. While plans for the renovation and development of Xiao Gongyuan have existed for years, “1860” is the first tangible evidence of creative development in the city’s old section.

According to the president of the park, Jinsong Lin, nearly 1000 people visited the park in the opening day.

“There were more than 500 visitors in the morning, which is predictable,” Lin said, “What makes me proud is that I can say it is definitely a grand occasion in the Chaoshan area.”

The creative park was developed with funds from the East Guangdong Overseas Chinese EXPO and and Jinping district’s cultural industrial development project funds, as well as funds from private investment companies, according to local media reports.

Shantou No. 9 Middle School, a long-standing, large school, serves as the location of the creative studio complex. The structure and color of old buildings have been kept. Evacuation notices are still stuck on shabby doors. Blackboards, desks and chairs have been preserved — but a largely glass-walled museum dominates the center of the park. The idea of preserving the old instead of eradicating it in favor of the new pleased some visitors.

“I have been to the 798 Creative Park in Beijing. Though “1860” is not in the same category as 798 — whether in scale and or quality of exhibitions — the idea of renovating an old school and turning it into a park is better than 798’s. That park was transformed from an old factory,” visitor Meisi Chen said, as she sat on a bench with her husband asking their son to help take a photo. “These desks and chairs are like what I had in school 20 years ago, reminding me of the old days.”

The festival associated with the park’s opening will provide visitors with a series of lectures, a ballet performance of “Sleeping Beauty” from the National Corps de Ballet of Russia, a national-level painting and photography exhibition, and crafts that are related to local culture like Chaoshan embroidery, overseas Chaoshan letters, and T-shirts painted in characters representing Chaoshan dialect.

Besides the exhibition, other activities like an exhibition on animation, music salon, writing, graffiti, and photography contest about the old town will be held in the next three months.

Weiliang Lin, who teaches flute in Shantou University and was visiting the park, said that the value of the site lay in its sense of history — and for being real.

“The park is so special because it was transformed from an old school in the old town. It is much better to make good use of it than build a fake one,” he said. 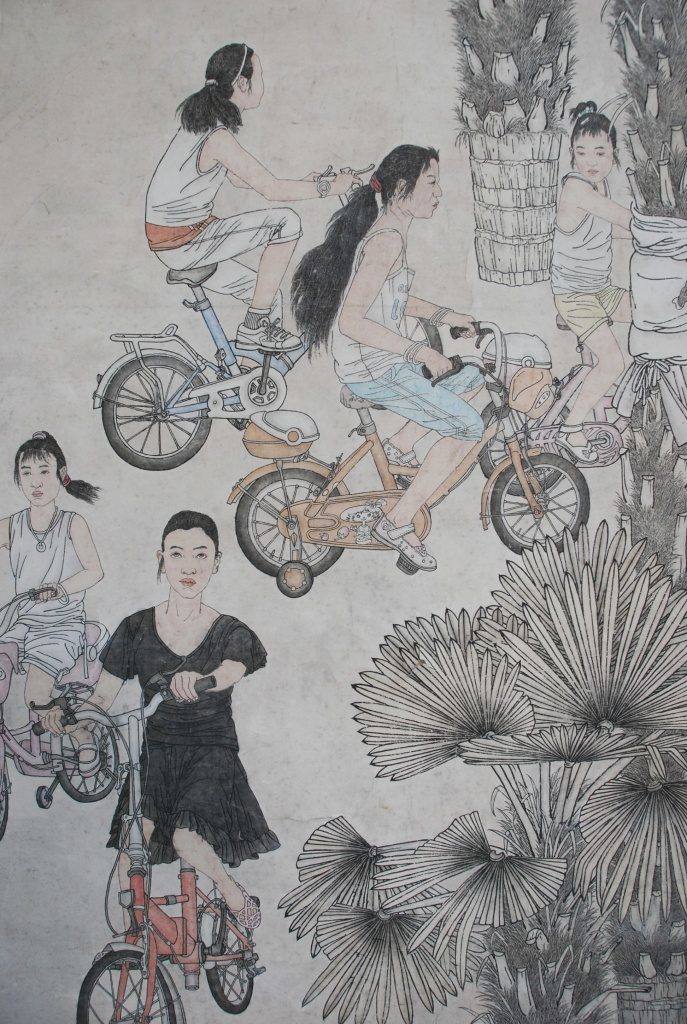 President Lin said that the responsibility of those running the park was not only to provide people with cultural exhibitions, but also to raise awareness of preserving and stimulating the local culture.

In an exhibition called “16 Children” (十六奴仔 in Chaoshan dialect), all the items on display were created by local young people from college students to artists. Dada — a local teacher, fashion designer, and event planner known locally by his nickname — who was instrumental in planning the exhibition, felt satisfied with what they had done.

“It is meaningful to receive appreciation from visitors, as well as to work with people that have same goal as you,” Dada said, “Now, we can tell the local people that what they can see in an exhibition is much more than painting and calligraphy.” “16 Children” will extend its run due for an additional week, due to its popularity with visitors.

Visitor Simin Chen, a local studying in Guangzhou, said that recognition of customs and history among Shantou youth was inspiring.

“I prefer the traditional atmosphere here to modern Guangzhou,” Chen said, “Now since there are lots of teenagers who have the aspiration of developing Shantou, I want to work here and devote myself to my hometown too.” 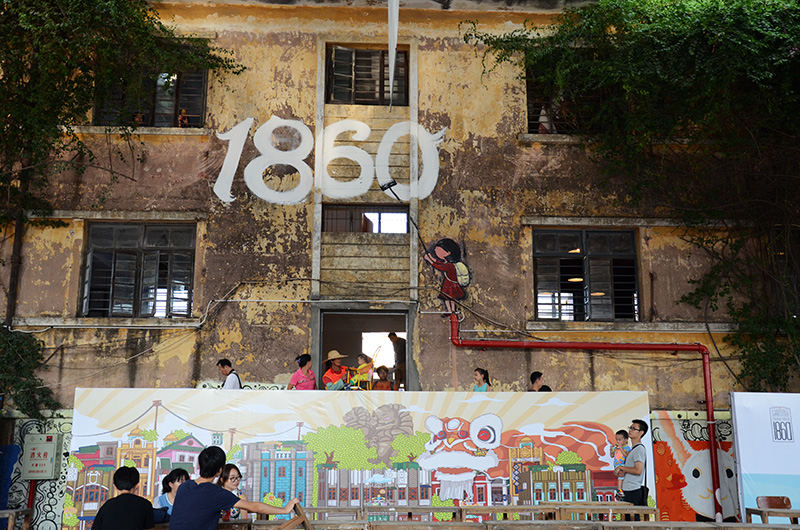 But some visitors wondered and worried whether the city had the climate to support such an endeavor in the arts.

“It is difficult to make it a good creative park in Shantou, as it does not have a strong artistic atmosphere, famous artists or excellent exhibitions here,” said Huang Zixuan, a Shantou University art school student said.