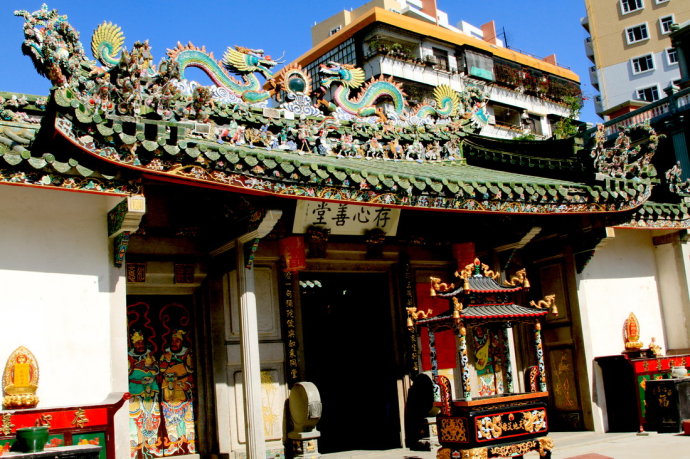 Six days after the deadly earthquake in Sichuan, rescue workers were both finding survivors and recovering bodies. According to the Emergency Office of the State Council, as of 2 PM on May 18th, the official death toll from the calamity was 32,477. Along with many cities in China, Shantou reached out to Sichuan, donating money and necessities for emergency aid to the Sichuan people. Some Shantou residents even drove to Sichuan with food on their own and provided assistance directly.

On May 18, a big charity performance, named “We are families”, was held on the Lin Baixin Square in Shantou. The show, which lasted from 8 PM to 10 PM, was organized by the Shantou Charity Federation and Shantou Cunxinshantang Welfare Community with the aim of collecting more donations to support Sichuan earthquake area. Dancing, singing and recitations were shown to audiences by volunteers from the Shantou Broadcasting Station and several schools. Many people showed up to donate and left soon without watching the show.

Before the performance, audiences were asked to mourn the casualties in Sichuan earthquake for three minutes. Although it was raining, everyone stood solemnly in silent tribute.

Ms. Chen, 43, a volunteer of the welfare community, stood beside the collection box with other volunteers, helping to collect donation money. When people put money into the box, Chen and others would place a sticker of Cunxinshantang Welfare Community on them and thank them for their kindness. “I bursted into tears when I saw so many dead children on TV,” Chen said. Chen was astonished by the tragic disaster and she attended several fundraisers for Sichuan in the past few days. Chen herself donated 300 Yuan to aid in the next day after the earthquake attacked.

During the whole collection activity, people of all ages, children, students, adults and the elderly, came to donate incessantly. Shu Ming, a student from Shantou Jingshan High School, contributed 10 Yuan in the donation. “Although it’s not so much,” Shu said, “I hope I can help someone there.” Shu mentioned that many of his classmates donated money after they heard the news and that they all hoped the students suffering from the earthquake can continue their studies soon.

A middle-age man, after stuffing 1000 Yuan into the collection box, walked away quickly. When asked his name, he shook his hand and said, “I just came to help–no need to be known.”

In the middle of the performance, two collection boxes were taken to the stage by volunteers. According to them, the two boxes, which were used to accumulate notes and coins, once belonged to two children. But after they heard about the earthquake in Sichuan, the owners donated both the boxes and money inside to help.After donating, the children left. One volunteer said she was so moved by the action.

As one of the organizers, Shantou Cunxinshantang Welfare Community donated 300,000 Yuan to the disaster area the night. According to the community, it was their second donation for Sichuan. “Seeing our compatriots suffering from anguish, we are also very distressed,” said Yang Guangxiong, the president of Shantou Charity Federation. “The disaster is heartless but we aren’t,” Yang said, “We hope more people would help them to get through these difficulties.”

The two-hour long performance attracted up to 200 citizens who came to watch and donate money. Around 100 volunteers held the performance and raised funds together. According to the welfare community website, the donation amount will be released to the public and the money will sent to Sichuan soon.