When it comes to domestic abuse, a common image is someone beaten with blood running on the body comes to mind.

However, have you ever suffered or seen this in a marriage: After quarreling, the couple didn’t speak to each other for more than one month; Sleeping on the same bed, but no sexual life for several months; No beating, but one threatens the other; One controls the money of the family, and only gives the other little money (maybe even not enough for eating).

This is more than a simple conflict between a couple, it is a new kind of home violence-cold violence.

“Cold violence is on the increase. It’s more often to occur in white collars families,” said Chen Chun, the director of Legal Aid Center of Chenghai,

Chen, in her late thirties, is a female lawyer in Shantou who has helped dozens of women to deal with home violence in her 15 year career as an attorney. The Legal Aid Center for which she works, a low cost legal aid service, has received more than 100 cases in total; 70% of which are concerned with women who have suffered domestic abuse.

Chen, a graduate of Zhongshan University, passed up opportunities to work in Shenzhen and Guangzhou to champion causes of social justice in Shantou. She has worked to provide safe places to stay for women – many of whom are migrants married to local men – who face domestic violence. 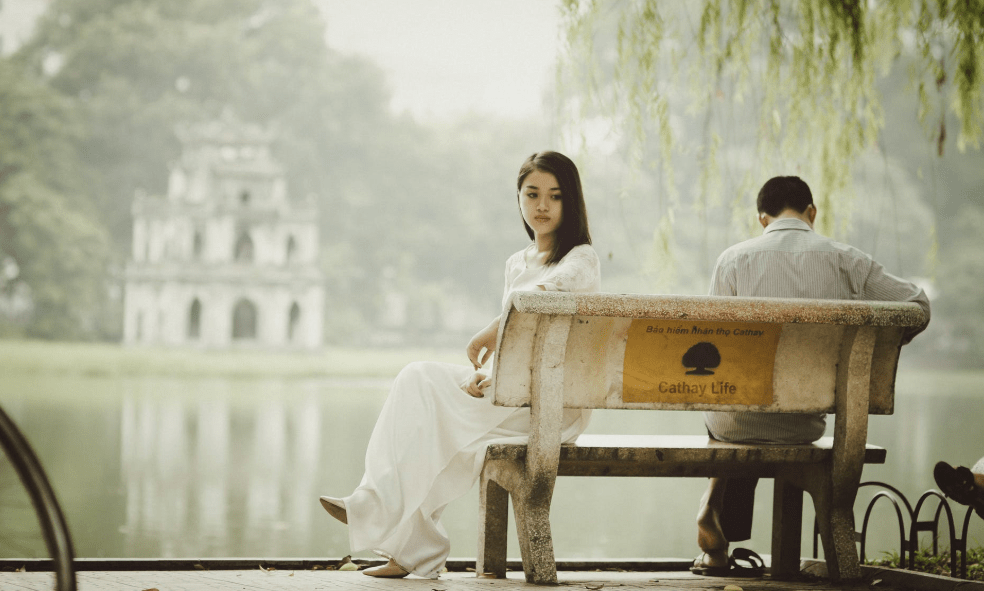 Chen says that cold violence can do as much damage – or more – than physical abuse because it is not punishable by law.

“Cold violence is much more horrible than physical abuse in the marriage,” added Chen. “Not telling the bad things of your marriage to others is no longer suitable for today.”

According to China Daily, Hou Zhiming, director of the Maple Women’s Psychological Counseling Center (a nonprofit organization based in Beijing) said rather than physical, cold violence was psychological abuse which involved such things as verbal attacks, disregarding a partner’s views or imposing economic controls on them.

According to the popular theory of marriage law in China, there are three kind of violence in marriage-physical abuse, sexual violence and cold violence. Cold violence is the update version of domestic violence, which can lead people to feel anxious, depressive and even kill themselves.

The term “cold violence” has emerged over the past ten years. However, this kind of domestic abuse is becoming a trend in the post-1980s generation who has a higher average level of education. In the past, it was regarded as domestic affairs. Nevertheless, as it is more and more common, some provinces consider making law to protect family members’ rights.

China’s Marriage Law describes a lot about physical abuse, but only mentions that couples could not hurt the other in psychology. “Cold violence does not have obvious appearance, so it’s very hard to confirm it is really exist,” said Chen. She felt frustrated to recognize it’s so hard to help women to get rid of cold violence.

One of Chen’ client was a woman lived in Chenghai (Chen declined to give the woman’s name in order to protect her.) The husband didn’t talk to the woman for more than one year because she couldn’t give birth to a baby. The woman couldn’t bear her husband ignoring her for such a long time that she got mental disease. She had been ill for more than two years and finally divorced her husband. As there were no prove of cold violence using, the woman couldn’t get anything.

Like this poor woman, about one-third of China’s 267 million families have experienced some form of domestic violence, a recent survey by the All-China Women’s Federation found. About 88% of China’s couples didn’t talk to each other after quarreling for days or even months, according a recent survey by China’s Law Association.

Chen is encouraged that people are paying attention to cold violence, however she think it hard to make a law about this more private area. “Even if there is a law, it’s almost impossible to really put it into force,” said Chen.

However she was optimistic about reducing cold violence. “Maybe the next generation or our grandson’s generation would be able to find a solution to prevent cold violence. What women should do now is survive on our own by becoming more independent in thinking and financially,” added Chen.